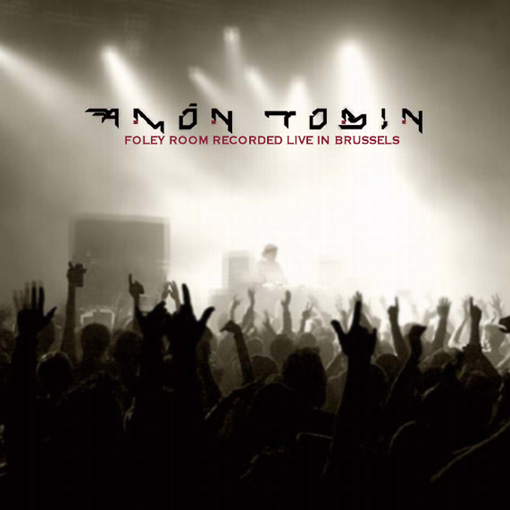 Back in early 2007 Amon Tobin released his latest full length album titled Foley Room and put together a tour focusing on the sound and the music, rather then thinking too much about lights, projections and stage antics. After all, this is music.

It’s about the sound and the shared experience of being immersed in waves of bass while dissonant collections of rhythm and melody move, confuse, annoy you a bit then move you again. a passionate affair this recording is an attempt to capture not just the music but the atmosphere of the show as a whole.

The long awaited, full-length, official recording of the legendary 2007 Foley Room tour is finally available at www.amontobin.com !Â  Recorded by Studio Brussels at the world famous AB theatre in Belgium – which arguably has the best sound system in Europe. After months of back and forth and despite everyoneâ€™s best efforts the mix was in danger of being edited into the ground to accommodate big labels and publishers. Rather than release a compromised version commercially, the decision was made to give it away for free instead. you can download the mix as it was intended to be heard along with the full digital booklet at www.amontobin.com

That’s right, we could have sold you half of it, but instead we are giving you all of it, for free!

Since June this year, Amon Tobin’s website and web store has consistently introduced new content to fans and enthusiasts. Amon’s corner of the internet has provided all kinds of stuff for the tobincurious. Everything from sound designed creatures to rare mixes and even a section for videos created by fans has been lovingly presented to casual visitors and avid completists alike. We hope alongside all the freebies you will continue to support the site and most importantly the music. An exclusive ‚monthly joint‘ is available on the site alongside various other custom creations. These are previously unreleased tracks available legitimately only from amontobin.com