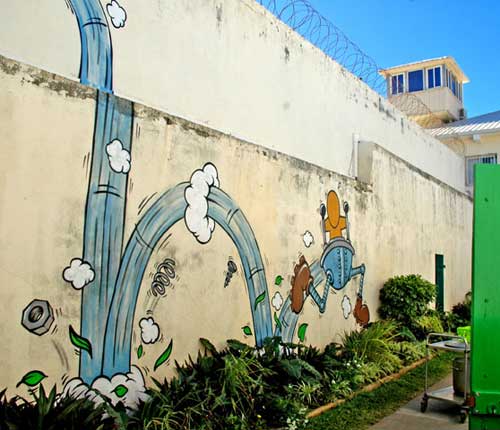 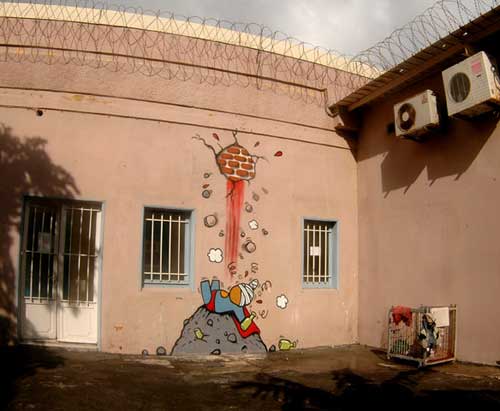 From Jace – „Some weeks ago a guy called Christian called me to build a project: painting some stuff in an old dirty jail in the south of Reunion Island. Luckily the jail manager was ok to let me get in and do my own stuff . I went there for two days and painted 5 pieces in the corridor and different common places (i will probably come back and paint some inside the yard). Technically it was really strange cause I used a ladder and I had to be vigilant to avoid any escapes!! Some prisoners knew my work and were really pleased to see it coming inside their place ! The guards enjoyed it too, except one touchy guy who didn’t want to get back in his office. It was so crazy he saw my angel and demon upon his wall and was offended cause his colleague joked at him and compared him to the devil! He began to be angry and asked me to cover my characters.
The manager arrived and became furious with the guy, i thought they gonna fight, it was so crazy !!!! Some guards separated the two persons to avoid the fight, oh man ! It was so weird to watch people react like that for a picture !!!! The director promised me that ALL the painting gonna stay for a while…. Believe me or not but jail is not „a place to be“ even with gouzous ;-)) !!! 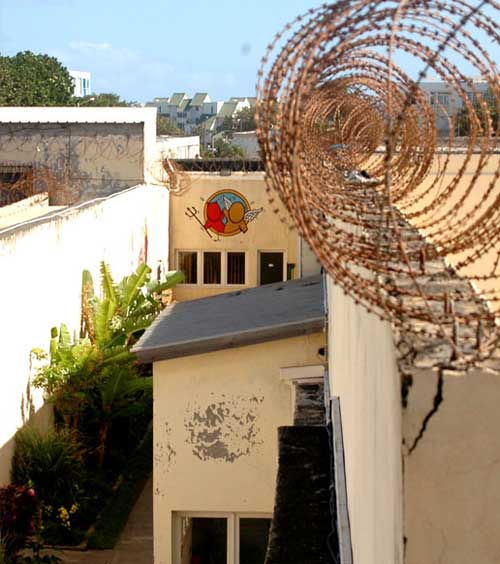